What an honour! #MakeoverMonday has been shortlisted for “Best DataViz Project” in the Kantar Information Is Beautiful Awards.

If you’ve enjoyed the project, please go vote for us.

Click this link and press the grey vote button (note that you can only click the button once per category, so choose wisely! subliminal messaging: choose MakeoverMonday! )

It’s really been an astonishing year and this project has blown me away.

It’s not about us. It’s about community.

Andy and I predicted it would be a small thing and nobody would care. But then 372 people got involved over 38 weeks. WTF? 54 makeovers a week? Amazing.

Go and look at the Pinterest board: look at the depth and variety of ways to visualize data. When people blog about the impact the project has had, you get the sense it’s really changing the way people work. (Neil Richards and Michael Mixon are two great examples)

Voted. This project has been far more impactful to me than I would have guessed when I started. A great #dataviz initiative. https://t.co/2y1f61rX7D

Kids are getting involved. Children: enthused by data.

I’ve learnt a lot about how to criticize constructively.  We’ve had some great thoughts on whether things should be complicated or simple.

Who knew that China was the world’s biggest grower of peaches?

Or that a TEU is a measure used by the shipping industry?

A nautical #MakeoverMonday looking at The Box That Contains The World in @tableau https://t.co/FpFpxLViB0 #tableau pic.twitter.com/wHgGDFE4a8

Each of the 38 datasets has taught us something. Whether it’s serious or not, participants are learning about the world each week.

We’ve done this live many times and the experience is amazing. You should do it too!

Comcast put MakeoverMonday as a prerequisite in their job descriptions! What? Amazing.

The highlights are long. Andy and I would like to thank everyone who’s been involved in such a rewarding project. 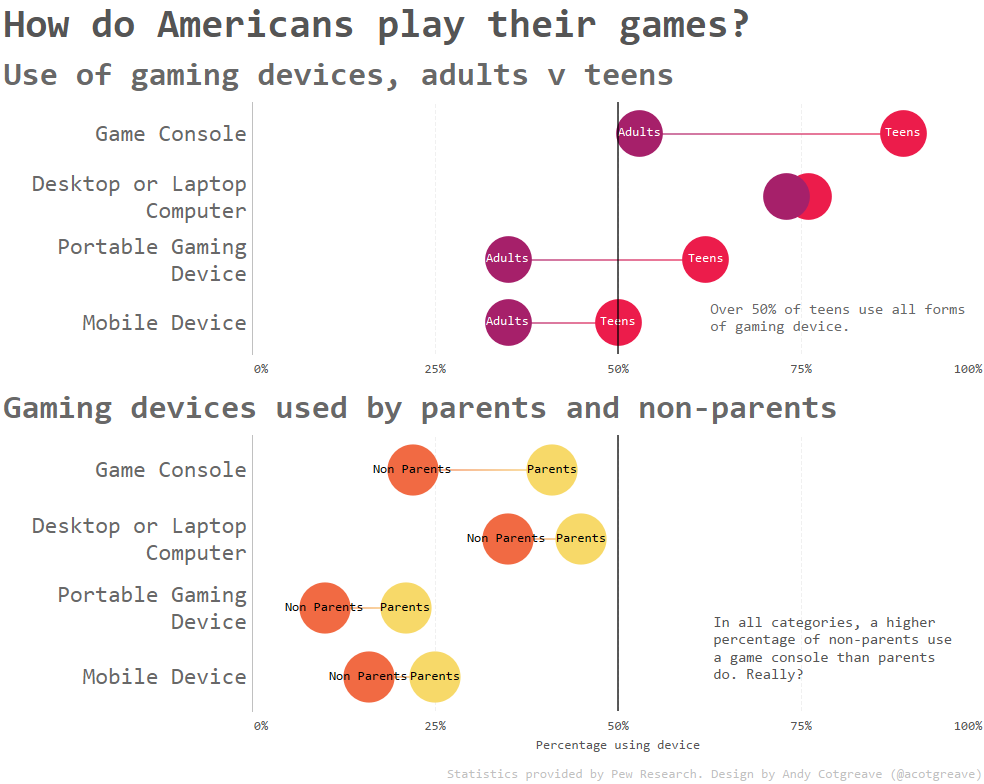 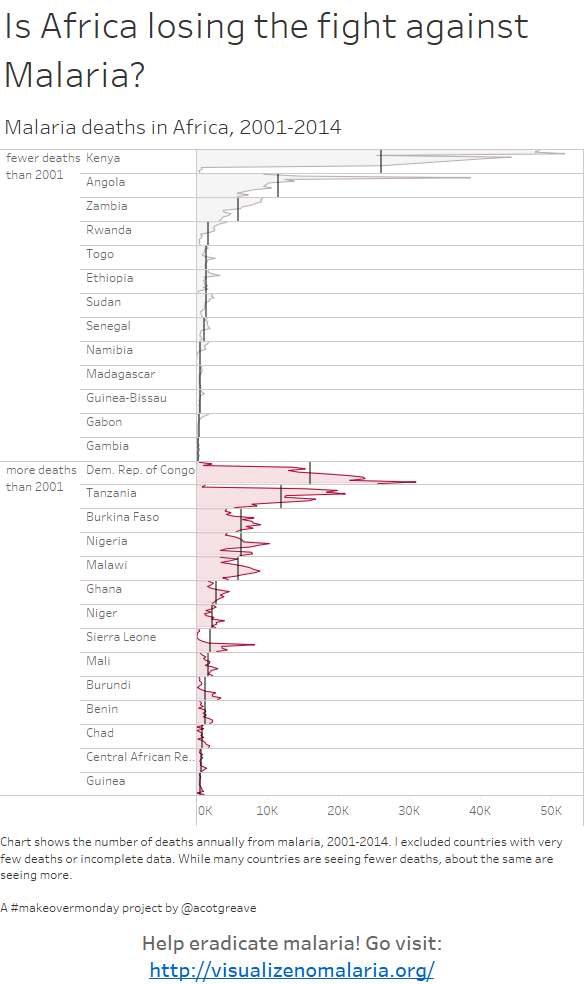 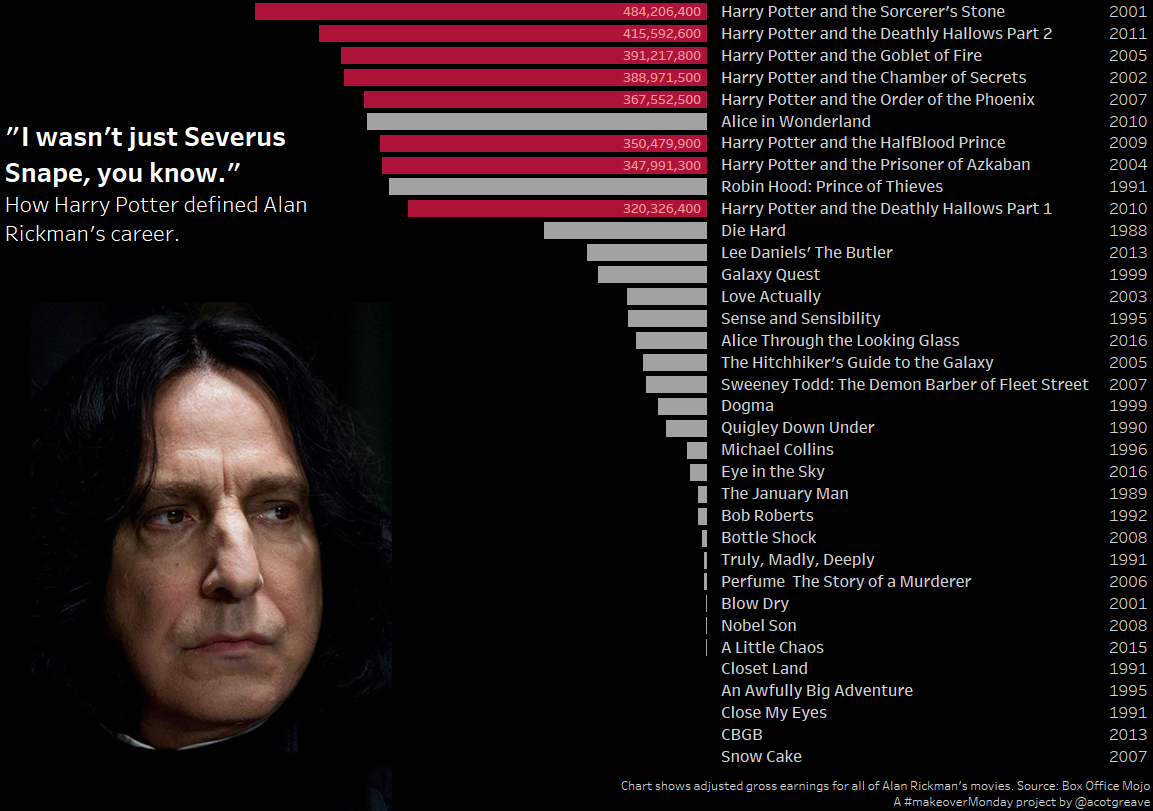 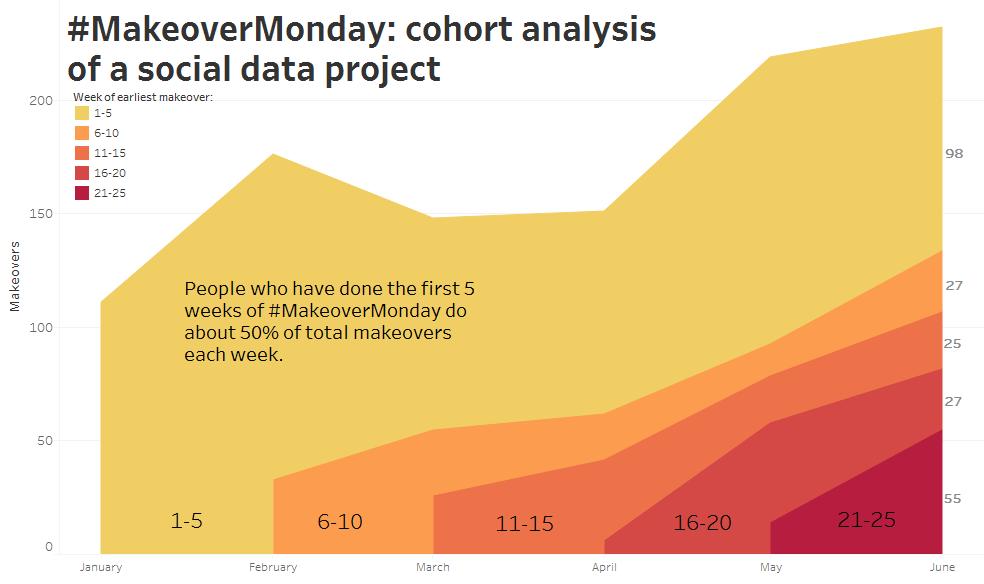