[This week you have multiple ways to see my Makeover. It’s available here as a Tableau Story. Or read below for the story rendered as a post. Notes on the original chart are at the end, too]

Business Insider make a bold claim in their headline

Actually, of the 21 EU countries in the dataset, women work more than the Americans in 9 of them. 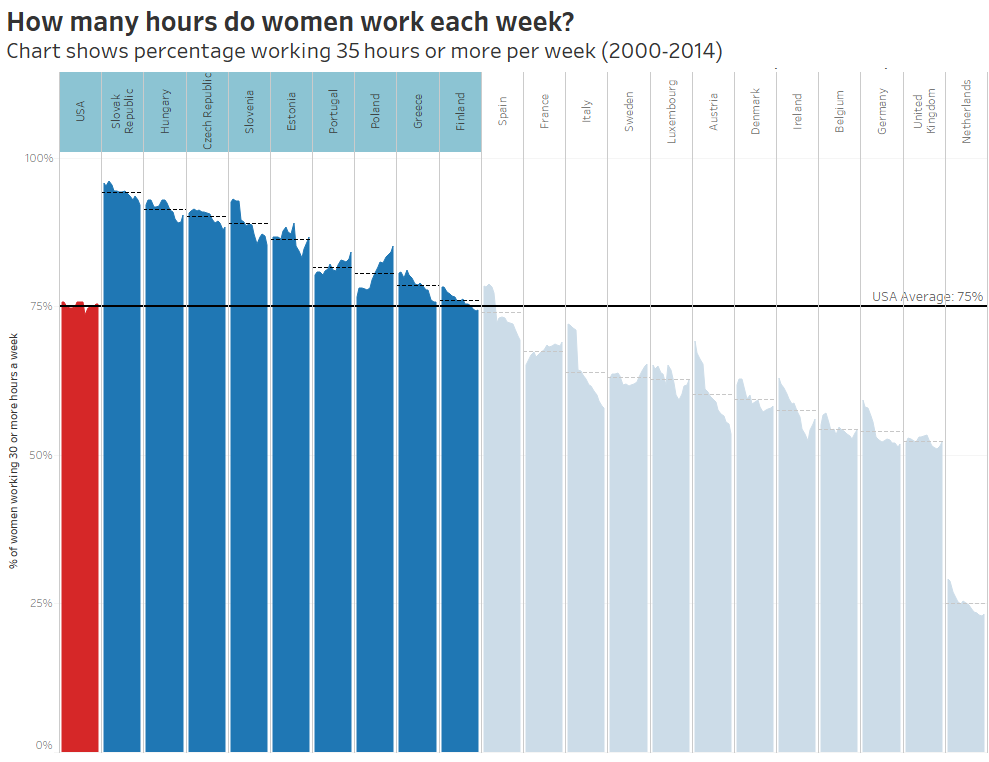 The Netherlands is an interesting outlier 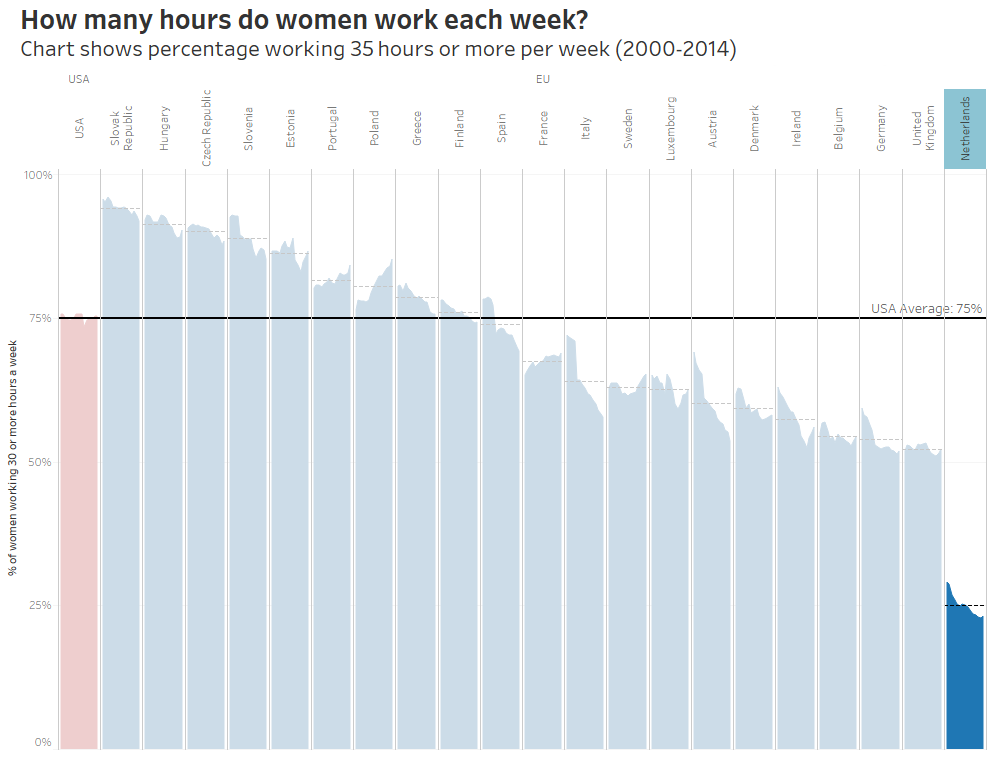 What is about the Dutch? 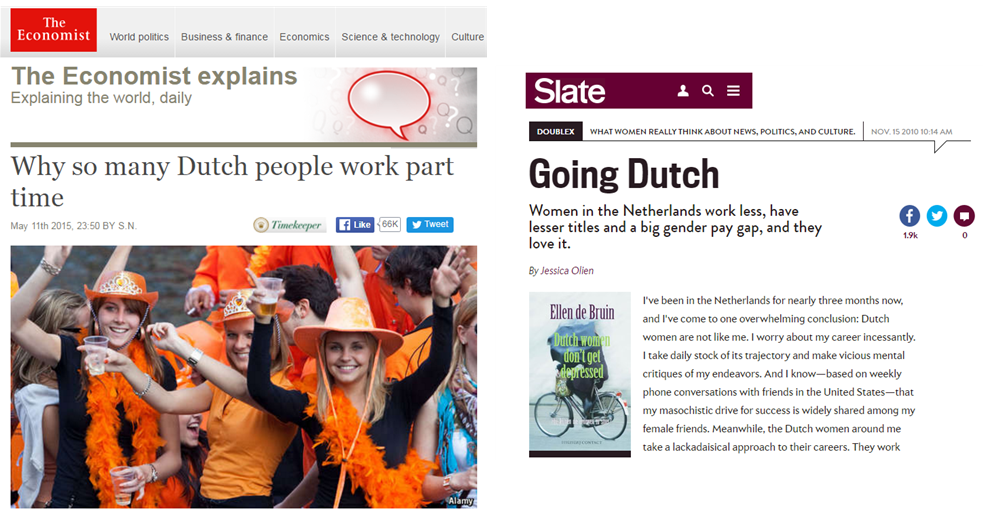 Check out these great articles from The Economist and Slate on why Dutch women don’t work so much as other nations.

Finally, should we trust Labour Force Statistics which involve gender? 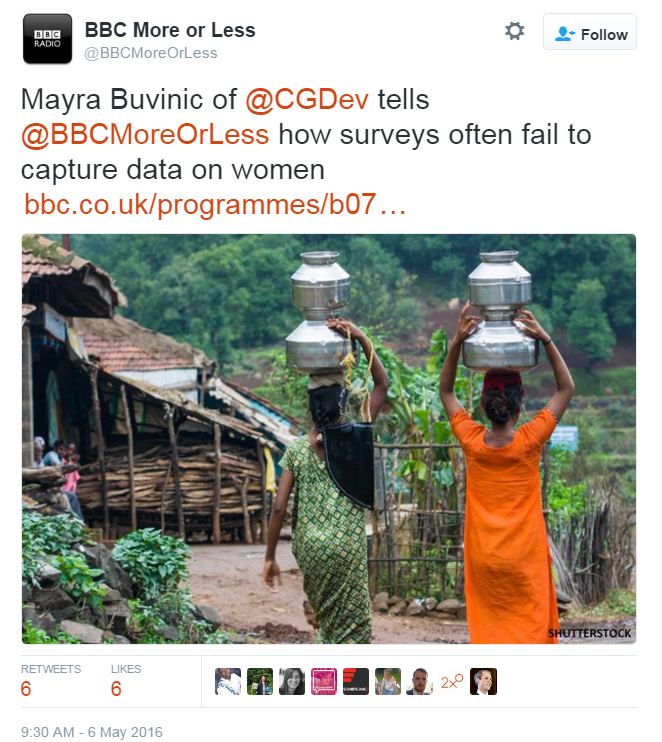 Check out this week’s fantastic episode of More or Less for more information.

You can download my workbook here. It’s using v10 of Tableau. (in beta at time of writing)

As you’ve gathered, this week my makeover was inspired by questioning the orignal chart. The chart itself is ok as far as stacked bar charts go. I question the boldness of the claim, though.

First of all, lots of the EU countries have higher levels of work than the US.

Secondly, as More or Less discussed this week, there are many reasons why gender data in employment statistics might be incorrect. Or, if not incorrect, the surveys are bias against female employees. For example, surveys often ask about “primary” employment. This ignores second jobs, which more women have than men. Uganda changed its surveys and female employment numbers went up by hundreds of thousands! 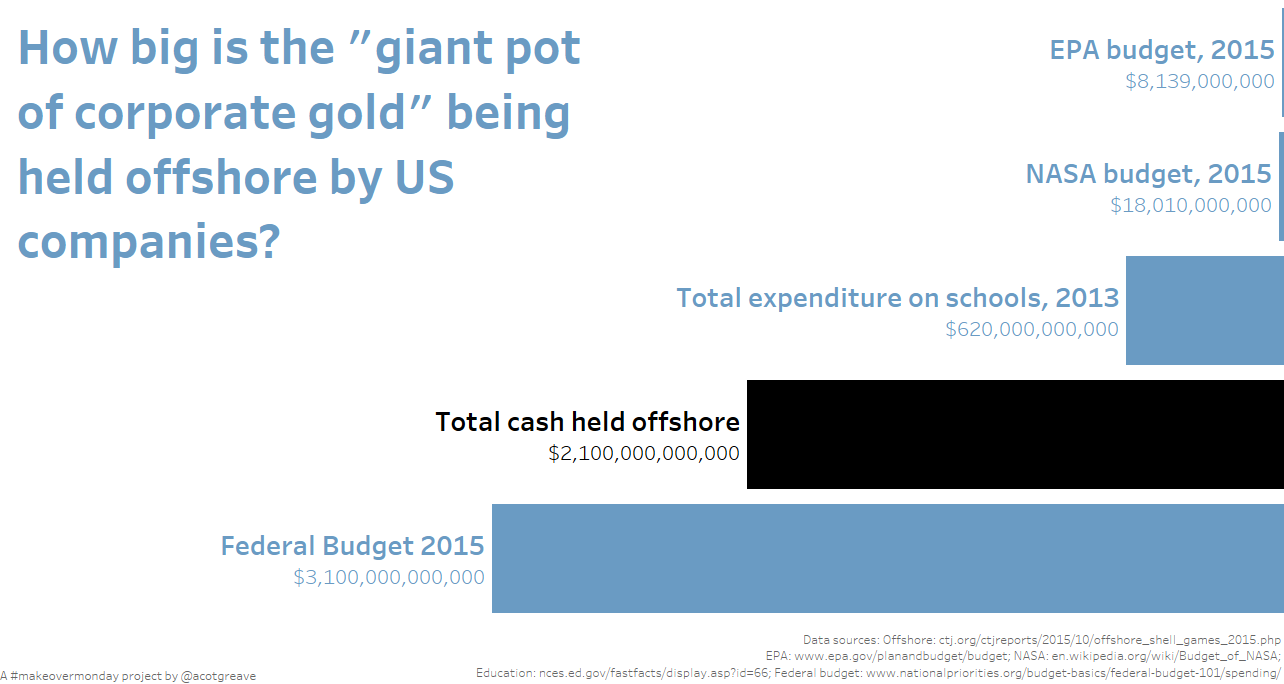