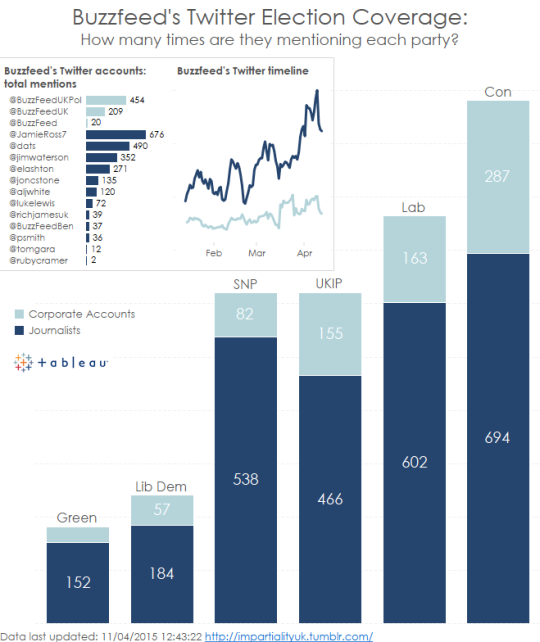 Throughout the next two weeks of the campaign we are going to look at each media organisation. You can see interactive versions here.

Overall, Buzzfeed is mentioning the Conservatives more than anyone else. Labour is in second place.

Their most prolific journalist is their politics reporter, Jamie Ross (@JamieRoss7). He’s tweeted 676 times about the election since Feb 1. He has tweeted mostly about the SNP, followed by UKIP:

Deputy Editor Jim Waterson (@jimwaterson) on the other hand is tweeting more along the lines of the key parties making stories during this campaign (Con, Lab, UKIP and SNP)

How come the corporate accounts focus on Conservative mentions while the journalists mention other parties more?

You can view interactive versions of these vizzes here. 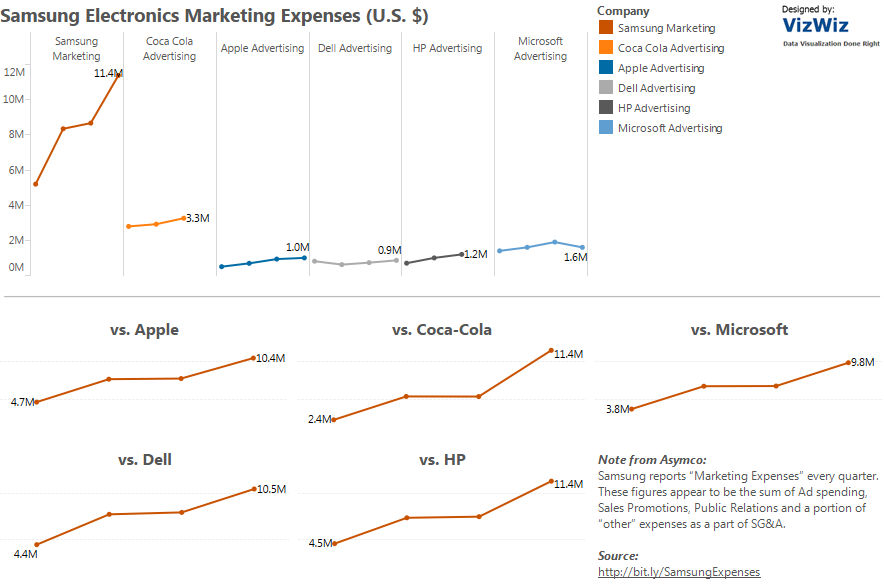 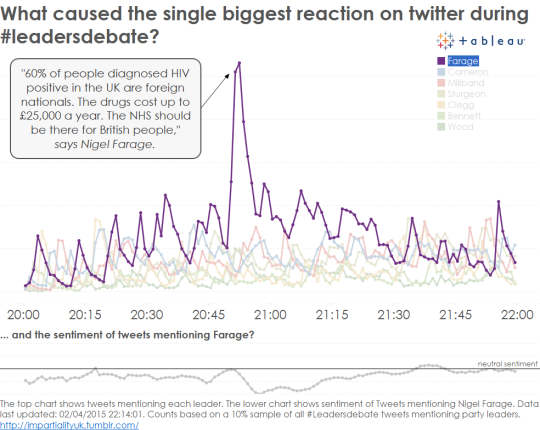 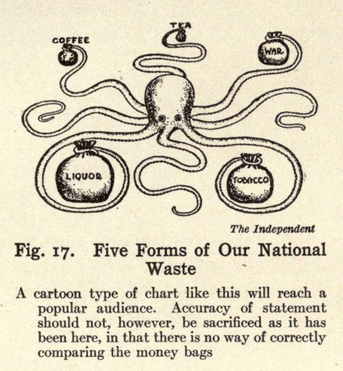 Function or beauty in dataviz?