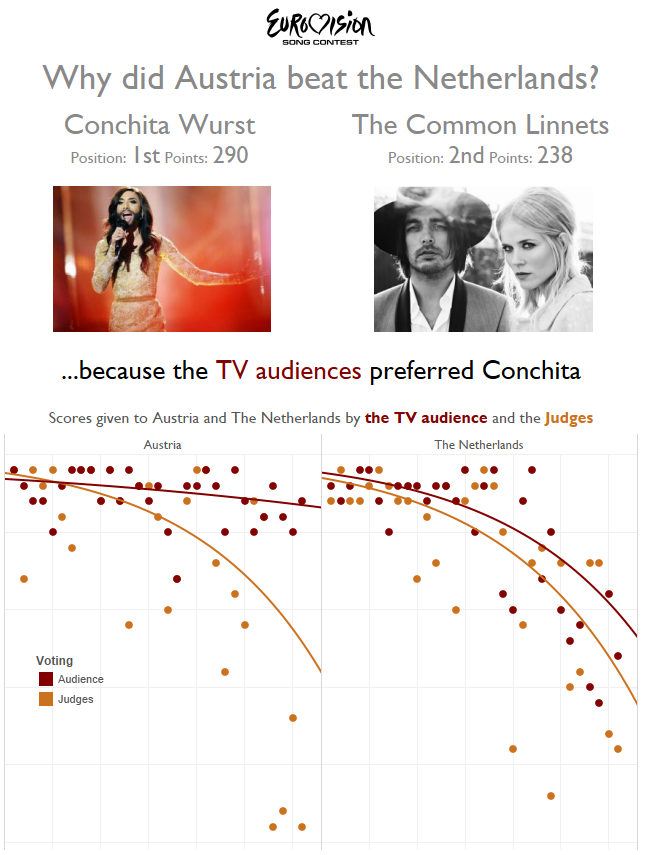 If you’re reading this you’re either:

Everyone of you should be at least one of those!

In the keynote, Tableau EMEA VP, James Eiloart showed a dashboard investigating an important issue of the day: how Austria beat everyone else to win the 2014 Eurovision Song Contest. The graphic above shows the story in a more focussed way. What’s going on?

The red dots show how the TV audience across Europe voted for each entry. The orange ones show how the judges scored them. They are sorted left-to-right by the score given by each country (ie the ones who gave them 12 points are at the left and the null points countries are at the right).

What’s super-clear to me is that while the all the countries’ judges gave both countries high scores, the TV audience scores for the Netherlands really drops off. That’s the reason. I’ve highlighted that below. 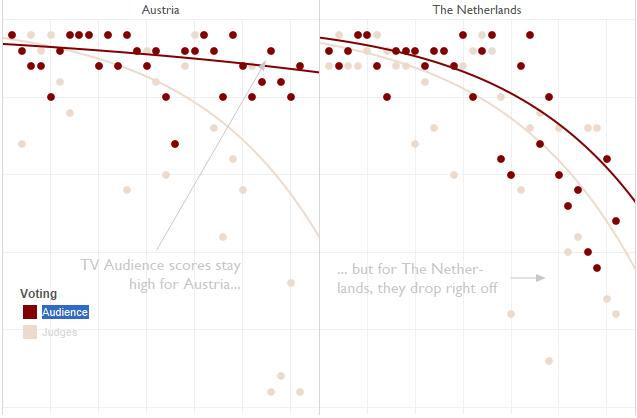 There are some other interesting things that can be found in the scoring data. For example, which countries saw the TV audience and the judges disagreeing? Have a look at the chart below. Poland and Azerbaijan saw the biggest differences but there are a few others. 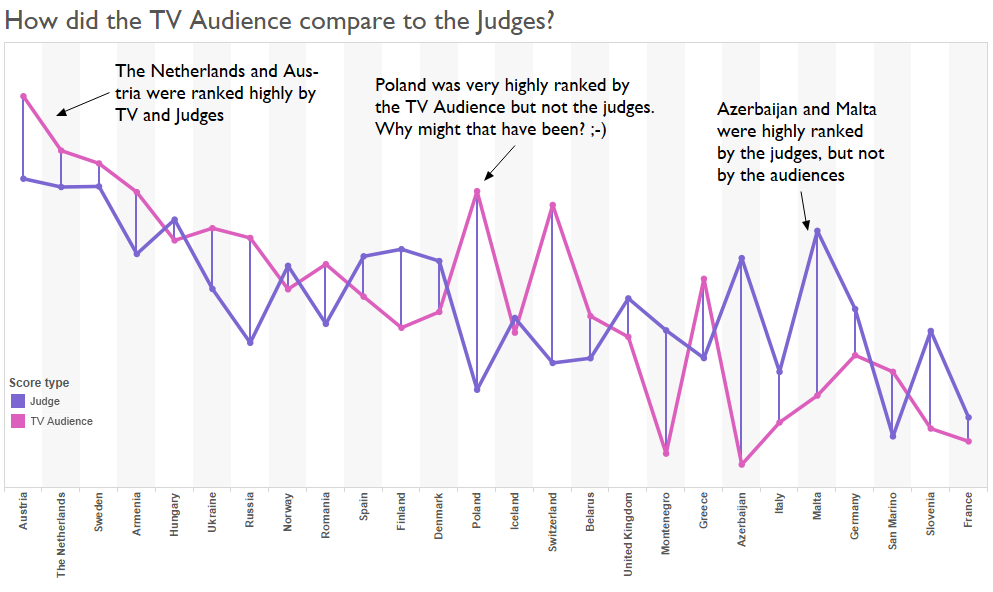 In fact, if you look at how individual countries voted, you can see this in even more stark detail. Check out the UK – the TV Audience loved Poland, but the judges hated them: 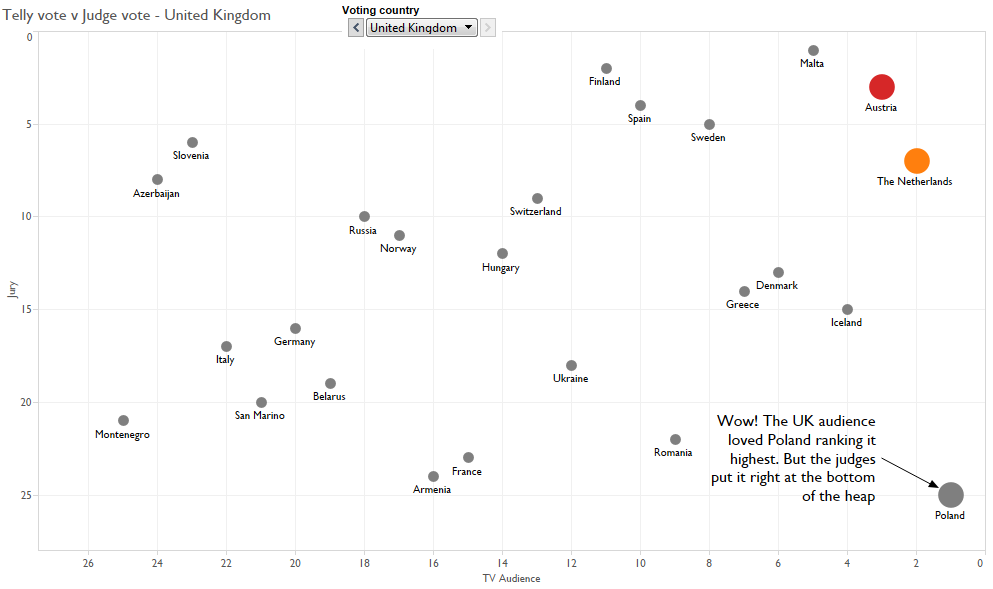 How did I get the data for this? It’s all available on the Eurovision site. It’s not in an easy to gather form (data never is!). So I used Import.io. I set up a crawler and you can use it too. (note – there are a few gotchas in the Tables being scraped as they are inconsistently formatted on the Eurovision site. Import.io did it’s best guess but I did have to do some manual fixing once I’d downloaded it).

Feel free to download the workbook if you want. It’s a bit flaky – it was designed primarily for one slide in the Keynote.

Hi Andy, compliments about the analysis! I happened to work on the exact same topic and started analyzing the behavior of the individual jury members in each country. Turns out that in some countries, they appear far from independent…

PS. was your workbook created with a beta version of 8.2? Can’t open it.

hi Wouter
Thanks for the comment. It’s a surprisingly deep dataset which can reveal all sorts of interesting analytics.

The workbook was made using 8.2! You’ll have to wait until we release it fully to download and open – sorry.

My favourite Tableau Public vizzes of the year

Last.fm part 2: Which albums have we listened to the most?