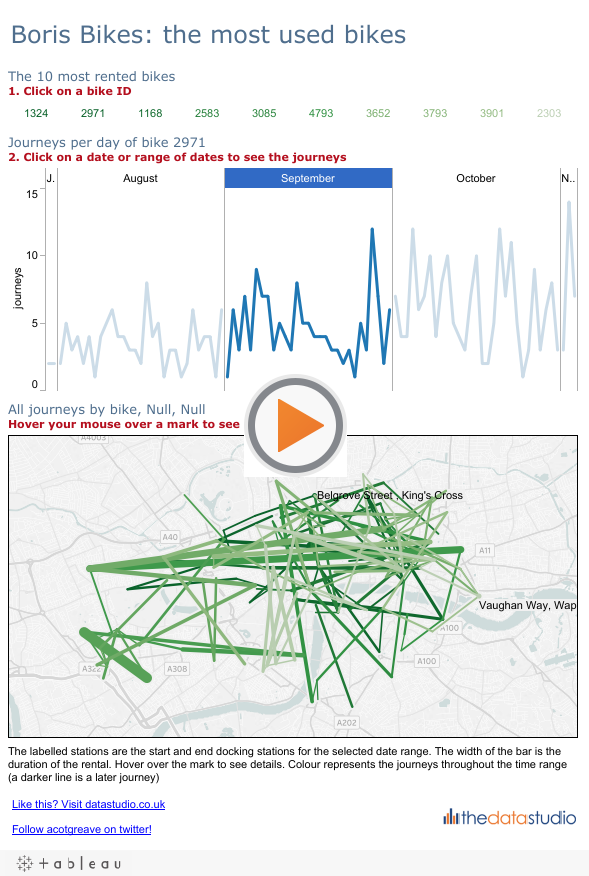 Transport for London released data on the first 1.4 million journeys of the Boris Bikes Barclays Cycle Hire Scheme. For those who don’t know, it’s a fantastic scheme: turn up, hire bike, and ride around London. I think it’s one of the greatest transport innovations ever, and have had a hoot riding around London on the bike.

1.4 million records is a lot of data. In fact, it’s too much for Tableau Public – maximum 100,000 rows only. Given that restriction, what’s an interesting thing to look at? Well, there’s loads of things. The first thing I wanted to know was how far a bike can go in any given day. My analysis of the ten most rented bikes is below:

Thanks to Adrian Short for making the FOI request, and for so doggedly chasing it up. If you have any ideas of what else would be interesting to see, let me know, or, even better, download the data and get to work!

Ah Mr C….our ‘professional paths’ cross….very interesting indeed. see you at the breaking of the frost. where i shall enlighten you as to the pitfalls of mr J’s cycle scheme.

Like late taxis, it seems that a Boris bike is reluctant to go sarf uv da riva. 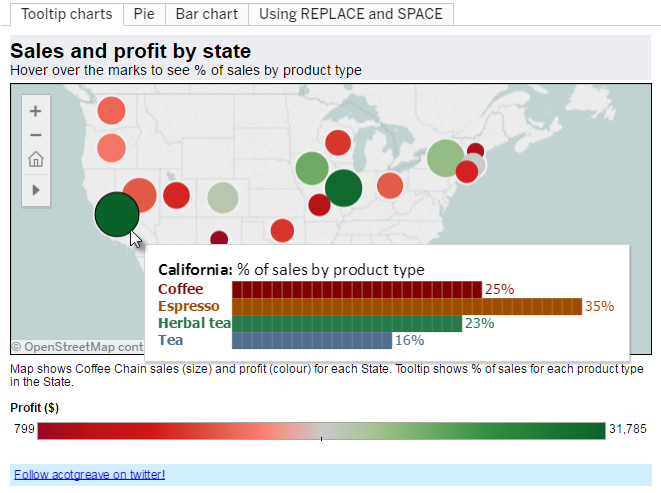 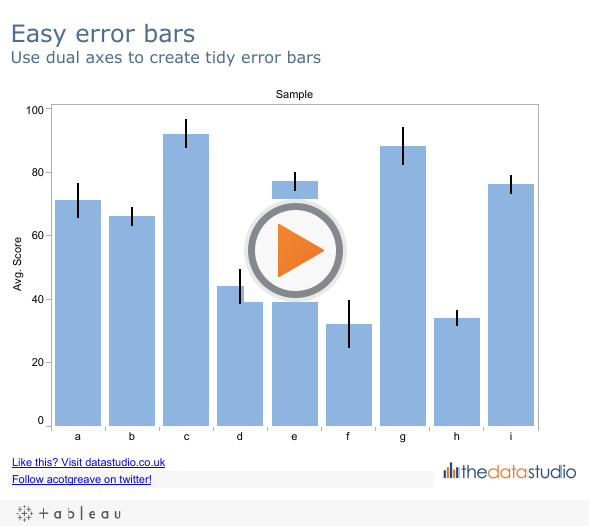 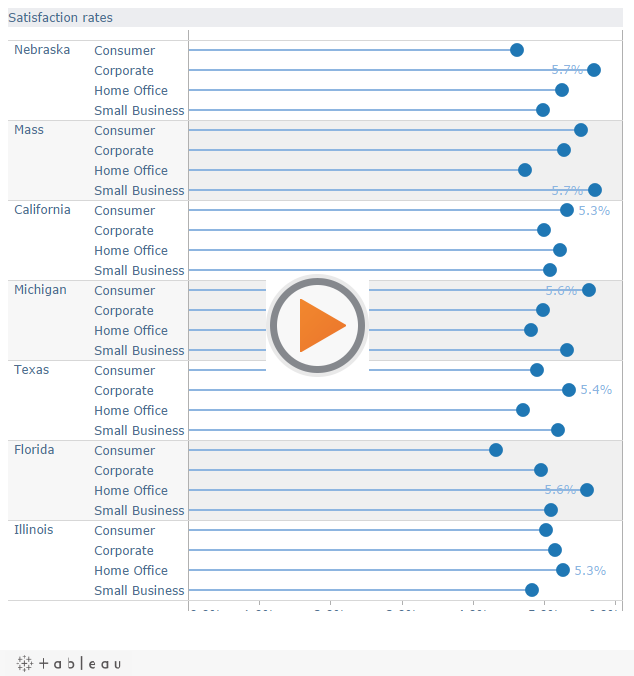