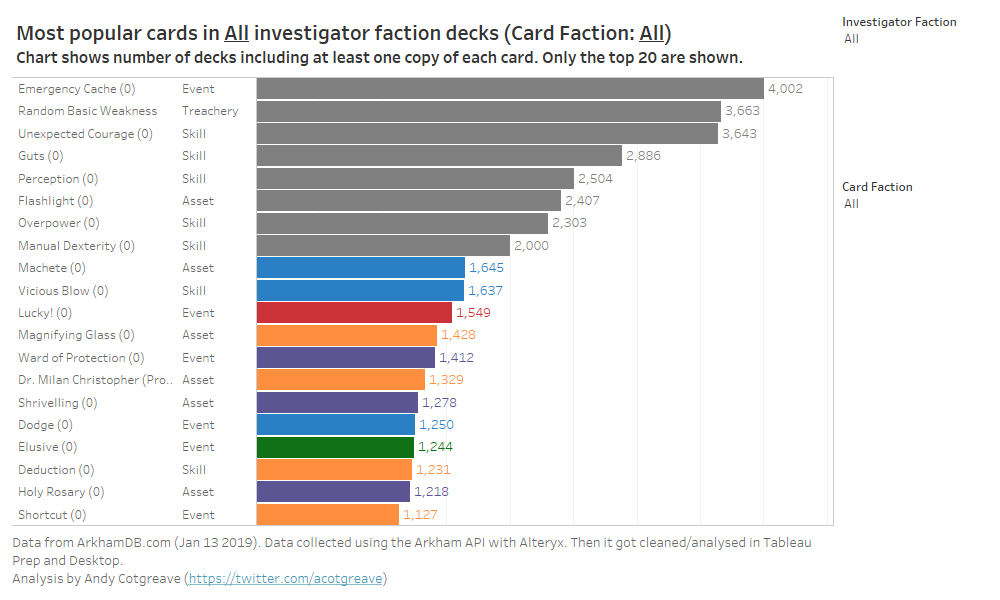 [Regular readers: there’s going to be a series of analytics posts around a collectible card game called Arkham Horror. They’re about data, but if you’ve not come across the game, it might be all a tad niche for your taste! There will continue to be analytics posts!]

Inspired by wbarobinson’s post on the Arkham Horror LCG subReddit about the most used cards on ArkhamDB.com, I decided it was time to dig into that data myself.

With help from a friend, Chris Love, we used the Kamlisk’s Arkham API, Alteryx, Tableau Prep & Desktop to get the data for 5740 published decks, and explore them.

The Most Popular Cards

Here’s the first step: which are the most popular cards? The chart below shows the top 20 cards, ordered by the number of published decks containing at least one of those cards.

Emergency Cache reigns supreme, appearing in over 65% of all published decks.

All the Neutral cards dominate, unsurprisingly, and it’s not suprising to see Machete and Vicious Blow leading out the faction cards. Only one Surivor card, Lucky! makes it into the top 20.

The Top 20 is evenly split between Assets, Skills and Events.

Vicious Blow is the only Skill in the top 20.

For Mystics, it appears that the most popular thing to do is avoid problems, with Ward of Protection coming out on top. Shrivelling comes in second, which at least reveals a more aggressive side!

Seeker is my favourite class to play. Magnifying Glass and Dr Milan rule the world for this class, unsurprisingly. I like seeing “I’ve got a plan” so high, as those book-ish types have to fight somehow!

Finally, in Survivors, it’s Events that top the bill. Is it really a surprise that
the top card (Lucky!) gets you out of the pickle of failed tests?

That’s all for now. There is way more to discover in the data. It’s immediately obvious that older cards will be more popular, so I’ll consider the age of cards in the next post.

In the meantime, you can tinker with the charts, and explore the top 20 by Investigator faction too, by clicking here for an interactive version.

What questions does this raise? What would you like to know? Let me know in the comments. Or find me on Twitter and let’s talk there! https://twitter.com/acotgreave

This is great! The interactive version doesn’t seem to work anymore. Would you be able to fix it? 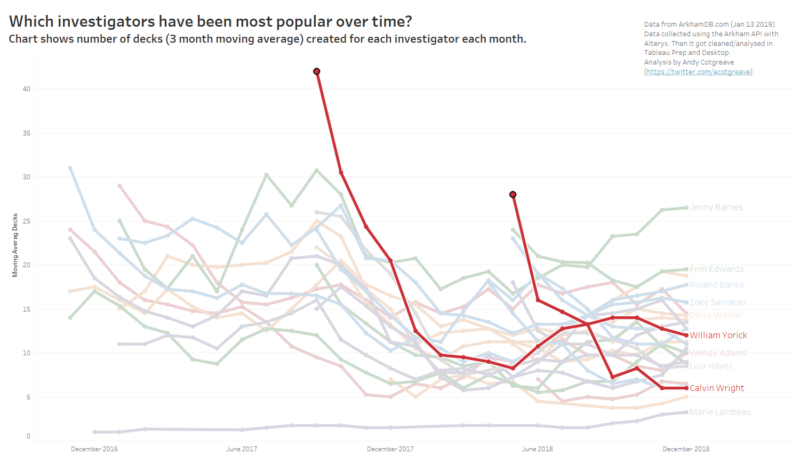 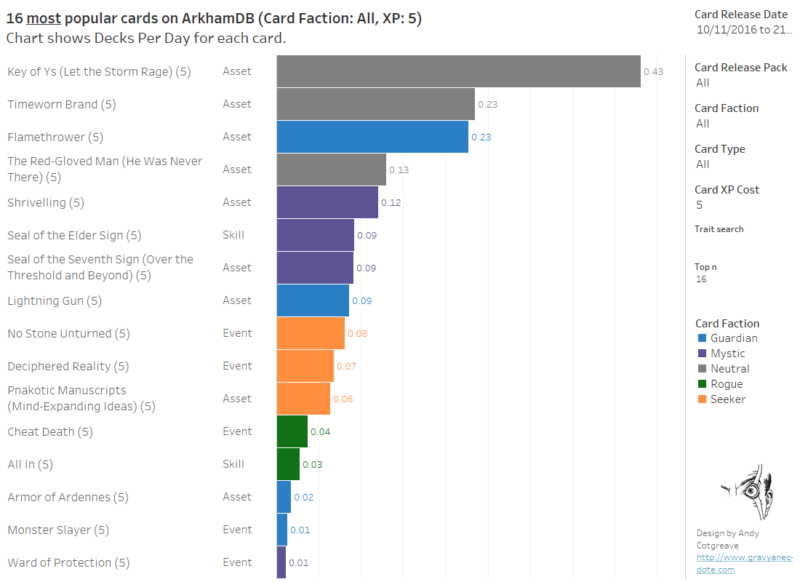 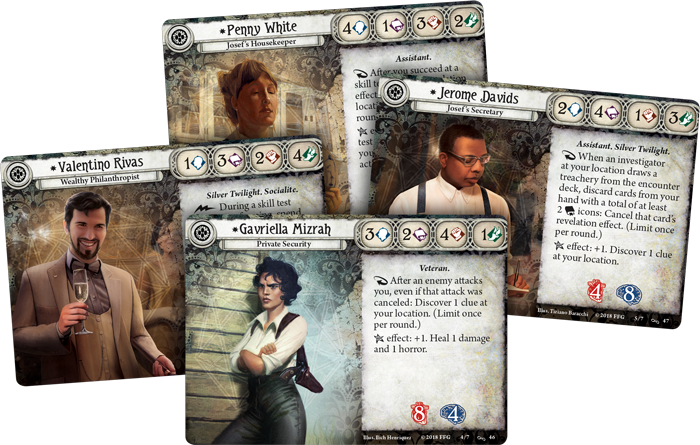